Letter Grades may be coming to the streets of NYC 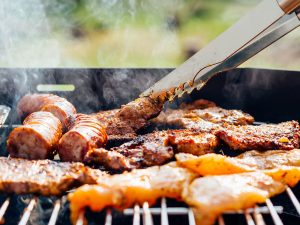 Food trucks and carts are subject to inspections by the Department of health, however unlike restaurants the results are not posted for public view.

That is about to change …

Based on a new report issued by the Senate and Independent Conference, NYC had some of the dirtiest carts with the highest rate of violations.  Adhering to the letter grade system would improve sanitary conditions and provide transparency for consumers. “Everyone who handles food should be subject to the same rules”  Karen Koslowitz (D-Queens), the bill’s sponsor…Agreed!

The new bill will take effect 270 days after it is signed into law.