Most Restaurants Ace Their Health Inspections, but a Few Still Get Unsavory Grades

I was tickled when my friend Dyske posted a photo on Facebook recently featuring a local restaurant displaying an orange “C” letter grade in its window. “C is for Character,” Dyske wrote, and went on to praise grimy restaurants that barely pass their health inspection.

A fellow traveler! I, too, am fond of the C-rated restaurant, where everything is just a little too relaxed. But for better or worse, they’re a dying breed. 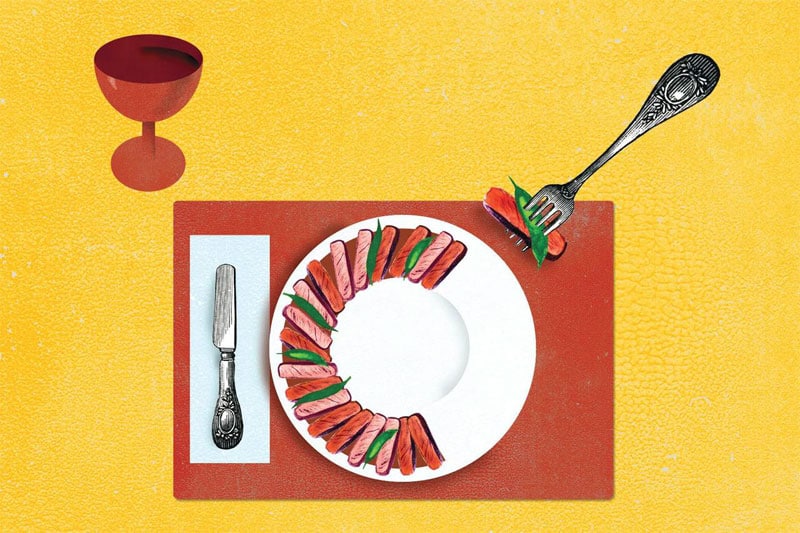 At the start of 2011, six months after the New York City Department of Health and Mental Hygiene started making restaurants display inspection results, 13% of the city’s eateries carried a “C” rating, the lowest possible grade.

Did restaurants learn to game the system? The Health Department says the initiative produced real improvements in food safety. Between 2010 and 2014, for example, there was a 24% drop in reported salmonella cases.

Restaurant consultants agree. Yes, most kitchens employ a two-minute drill when the inspector visits, says Austin Publicover, principal of Brooklyn-based Bulletproof! Food Safety. Gloves are donned, counters are wiped, “and things are labeled that haven’t been labeled in weeks,” he says.

But that’s not enough to earn an “A”, he says. More restaurants earn the top grade these days because they’ve truly cleaned up their act.

So what does that say for the restaurants still earning Cs?

“It’s hard to get a C,” says Leon Lubarsky, co-founder of New York-based Letter Grade Consulting, which conducts mock inspections and advises restaurants on food safety. “It really takes a lot of messing up.”

A restaurant needs to rack up at least 28 violation points to earn a “C,” he says. Typically, there’s an infestation or multiple “critical” failures that could sicken customers, such as failing to store food at safe temperatures.

Despite Mr. Lubarsky’s warnings, I was pleased with a “C” restaurant I tried last week: Sumela To Go, a Turkish cafe in Cobble Hill, Brooklyn, that opened in April. The service was friendly, the huge portions were tasty, and the entire cafe, decorated with plastic plants and picnic table seating, looked impeccably clean.

Eren Yesiltas, who moved here from Istanbul two years ago and manages the restaurant for his cousin, says that when the cafe got its first inspection in June, things went well until the official asked to see the basement, which, he says, the restaurant wasn’t using and he had never seen.

Upon escorting the inspector downstairs, he says, he was dismayed to find a dirty cellar littered with rat droppings. The inspector ordered the place closed.

Mr. Yesiltas says he and a crew cleaned the basement, patched holes and installed drywall. Nine days later, a second inspection produced a nearly perfect score, according to city records, and the restaurant reopened.

But that wasn’t the end. In July, a surprise re-inspection uncovered flies in a basement storage room—and produced a “C” rating.

Mr. Yesiltas says the flies vanished the next day. “It was very bad luck. So bad.”

When a restaurant gets a “B” or “C” on its second inspection, it can post a “grade pending” sign instead of a letter grade until a hearing takes place. In Sumela To Go’s case, Mr. Yesiltas says he didn’t request a hearing, but the inspector gave him the option of posting either sign until the next inspection.

He’s glad the city let him hang the “Grade Pending” sign while he awaits another inspection. It hasn’t hurt business, he says. “But a ‘C’ is going to hurt.”

Consultants say the impact of a bad grade can vary. Some Midtown delis rely on business from corporate clients who have an “A” rating requirement in their catering contracts, says Mr. Lubarsky.

An “A rating is crucial to restaurants in affluent neighborhoods where diners have lots of options, says Mr. Publicover. When there’s a dozen A-rated restaurants on the block and one posts a C, business might fall 45% to 60%, he estimates.

A long-established restaurant in a working-class community, meanwhile, might not suffer so much from a “C”, says Mr. Publicover. There may be few alternatives, and residents might even sympathize with the owner.

For a second C-rated excursion, Dyske chose a cafe near his home in the Lower East Side, which I’m not naming because I couldn’t reach the owner for comment. “They got 47 violations points, which is hard to believe for a sandwich shop,” Dyske said. “What the hell are they doing wrong?”

Indeed, the restaurants most likely to earn an “A” are sandwich, doughnut, ice cream and coffee shops—small establishments that don’t do much cooking.

I was expecting something on the shabby side when I visited the sandwich shop, and wasn’t disappointed. There was bird poop on the awning and crumbs all over the floor. The bathroom featured a rusty sink, a bare bulb and graffiti. It felt very East Village 1992.

Still, the cozy spot had a warm vibe. “It’s not exactly clean,” said Dyske. But he likes it.

Clearly, so do others—the place was plenty crowded.

Over at Sumela, meanwhile, Mr. Yesiltas says he eagerly awaits another inspection. “When they come we are going to get a grade A,” he says. “I am sure.”