NYC Health Department Inspections Cause “Suit In The City” 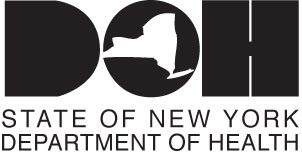 NYC Food Service Restaurants slam the Department of Health and Mental Hygiene (DOHMH)with $150 million lawsuit alleging that violations issued during health department inspections were excessive and unjust. Causing a loss of business for restaurants while raising revenue for the City.

Owners of 40 Restaurants filed a complaint in New York State Supreme Court in Manhattan claiming that because health inspectors are improperly trained, they apply the code differently, which has resulted in “arbitrary, capricious and malicious enforcement of the health code”, a violation of due process under the 14 Amendment. ( Board of Health Public Review Committee v. New York City Department of Health and Mental Hygiene, 100847/2013)

In an emailed statement Jaslee Carayol, a spokeswoman for the city’s Law Department stated “This rambling, scattershot attack on the city’s regulation of food service establishments lacks merit and should be quickly rejected by the courts,”

According to Dan Orlando, who reported for the New York Business Journal, “the city collected about $30 million in health-code fines between July 2012 and March 2013, which is actually about $8 million less than it did from the same period a year earlier, implying greater compliance with rules”.

Since 2010 more than 80% of restaurants are now earning A grades, closures are down 12% from last year and fines have decreased by 20% – as well as a decline in salmonella rates.

Are health inspections Arbitrary? YES
Will properly training inspectors cause a decline in violations? Not sure…
Should some violations that are not as critical to food safety as others be reviewed …Probably
Has implementing the Letter Grade System generated revenue for the city? YES, but so does imposing grandiose fines for parking tickets …at least the revenue generated from the Letter Grade System has spread awareness, forced many establishments to become safer, and has given all of us consumers access to information that allows us to make informed decisions when choosing where to dine.