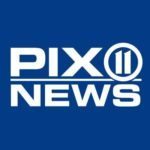 With the ding of the bell, the chef at Bottomz Up in Kips Bay sends out the first burger of the lunch shift. But the behind-the-scenes work to get that perfectly seasoned hunk meat out to the table safely has been going on for months.

Bottomz Up is one of the 88% of New York City restaurants that has an “A” grade from the Health Department, and General Manager Eddie Faymy is making sure it stays that way.

We’re having a chat about about the sometimes terrifying moment when the city’s health inspector shows up.  I ask, “Is it just about the letter grade on front door?” Eddie doesn’t hesitate.  “It’s so much more than that.  We have a huge responsibility.  We’ve been open four months and served 16,000 people for them and with those people, you have a responsibility to serve clean food that won’t get them sick.”

Few customers are in this early, but already the place the hive of activity.  Servers are wiping down every surface, hand washing is ferocious in the kitchen, everyone snapping on gloves and checking the temperature in the walk-in box to make sure it’s right at 40 degrees.

Faymy makes it his mission to be at the head of the class when it comes to his inspection: he knows the coveted “A” grade can mean the difference between knocking it out of the park, or closing his doors.

“Why go to a place that doesn’t have an “A”?  They’re doing it right, and it means the customer is going to get a clean meal, not going to get sick.  And that’s crucial to our bottom line.”

And that’s where Leon Lubarsky comes in.  A lawyer by trade, his company, Letter Grade Consulting, has been making sure restaurants make the grade for the past year — helping them navigate the often complex world of the dreaded health inspection.

We check out the gleaming stainless in the kitchen and stop for a chat.  I ask him if an “A” can be the difference between a fat bottom line and not so many customers. “Oh, definitely.  It can mean a significant loss of revenue.”

In the case of Bottomz Up, they chose to hire Letter Grade as consultants as they were building out the space to make sure everything was by the book. They passed their first inspection and intend to never lose their top slot. According to the NYC Health Department, 88% of restaurants get an A grade, another 10% score a B and 2% are bringing up the rear of the class, with a C.

But even the mighty can fall.  Just days ago, the vaunted PerSe, one of NYC’s top restaurants, got enough violations to give it a “C” rating. Their grade is pending now, giving the three Michelin star rated restaurant time to clean up its act.

I ask Lubarsky a pretty straightforward question. “Do you ever eat in a restaurant that has a ‘B’ or a ‘C’?”  There’s no hesitation as his face turns stern.  “No.”

Lubarsky hires former NYC health inspectors to run mock inspections on his clients.  Many, like Fahmy, don’t tell their crew when the pop quiz inspections are, and even let staff think they’re the real inspectors from the city.  They are paying up to make sure they get an “A,” forking over monthly consulting fees.  ahmy, a restaurant veteran, considers it an insurance policy worth the cash.

“There are so many choices in NY right now. Anything less than an “A” shouldn’t be acceptable to the consumer.”

Written by: AA AND KIRSTIN COLE,
View on: http://pix11.com/2014/03/07/restaurants-shelling-out-big-bucks-to-ensure-a-grades-from-health-department/