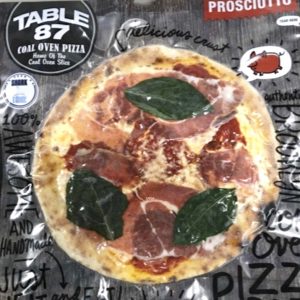 The Company initiated the recall when NYS Department of Agriculture Inspectors discovered that it was being produced without the benefit of a Federal inspection.

The frozen pizza was sold to wholesalers and distributors nationwide. Although there have been no confirmed reports of adverse reactions, the US Department of Agriculture’s Food Safety and Inspection Service (FSIS) urges anyone that has purchased the pizza labeled “TABLE 87 Coal Oven Slice PROSCIUTTO” with the establishment number “EST. 51192” to throw it out or return it to place of purchase.