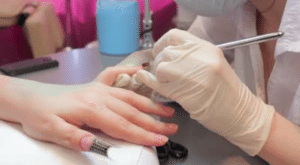 A modified version of the system responsible for lowering instances of food borne illness, increasing hygiene practices and making restaurants safer could be coming to a salon near you.

Motivated by an infection his own family member received after frequenting a salon, Diaz stated that operators failing to run clean reputable establishments are putting the health and safety of consumers at risk. The Bronx Borough President believes that a bill modeled after the Letter Grade System for restaurants, would protect consumers as well as employees by requiring cosmetology professionals to attend safety courses, regularly sanitize their stations and display credentials for customers.
Although the success of the letter grade system in decreasing instances food borne illness is apparent , who can forget the showdown that ensued between the City and restaurant owners when it was first introduced. Before we grab our popcorn to watch the match, the regulation still needs to get approval from Albany. Stay tuned……