Washington Heights North Has Some of the Dirtiest Restaurants in Manhattan

Diners at restaurants in Washington Heights North are more likely to encounter such restaurant conditions than in any other Manhattan neighborhood, according to a recent report by apartment rental website RentHop.

It showed that restaurants in Washington Heights North, between Dyckman Street and West 181 Street, have the worst performance on health code violations in Manhattan. Nineteen of its 121 restaurants failed to get an A from health department inspectors in 2018, more than twice the percentage of the entire borough, about 7%.

Local restaurant owners were quick to complain about the inspection system. “It’s a money-making enterprise for the city,” said Eli Bueno, 46, owner of Empanadas Monumental, a Latino restaurant on West 181st Street. The health department gave his restaurant a B in June, reporting “evidence of mice” and “live roaches present.”

In business for 21 years, Bueno said the problems have gotten worse. The department doesn’t have enough bilingual inspectors, Bueno said, so his Spanish-speaking staff often found it difficult to answer questions about food handling or to explain what they were doing.

He also thinks inspectors are unfamiliar with particular food preparation processes. “Certain food are prepared differently” in some cuisines, said Bueno, who believes the city doesn’t take that into consideration.

In Washington Heights, 47% of grade B and C restaurants serve Latino/Spanish cuisine. For grade C restaurants only, the percentage jumps to 62%. “The system is not working for us,” Bueno said.

Other restaurant staff believe that inspectors should not bear the blame, however. “Health inspectors do their best job,” said José Diaz, a staffer at Caridad Restaurant, which received a C from the department in June. Caridad’s food operation supervisor doesn’t have a Food Protection Certificate and the inspector reported spotting live mice and flies.

Diaz suggested the city help restaurants avoid violations instead of imposing “fines that will put you out of business.” The New York City Department of Small Business Services provides free consultation to help small businesses avoid violations, but only one session for each restaurant.

If the city wants to improve the situation, Diaz said, it should provide such services regularly. He wouldn’t mind paying a subscription fee: $500 a month is much better than a $10,000 fine, he said. 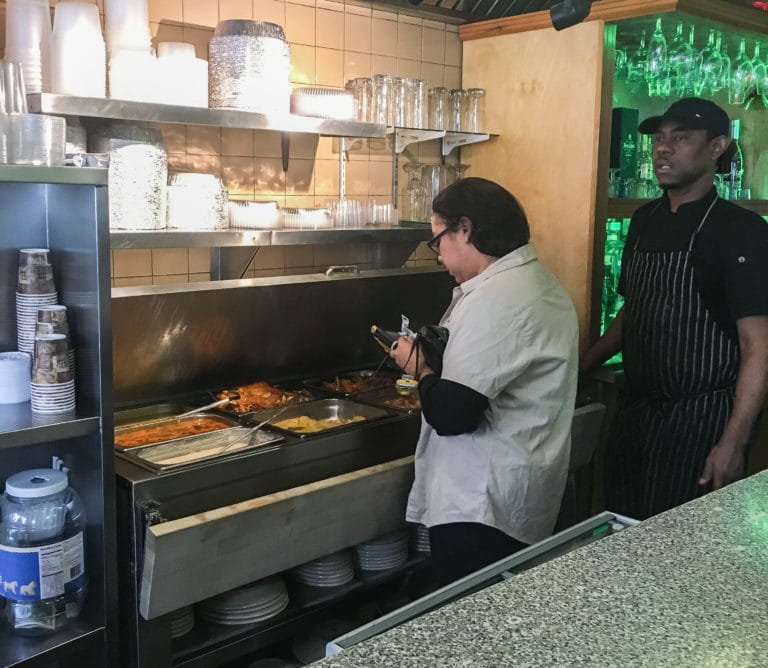 The service Diaz is calling for already exists in the private sector. Letter Grade Consulting specializes in helping restaurants across the five boroughs to get and maintain A grades. Rada Tarnovsky, co-founder of the company, agrees that regular consultation service is crucial to avoid violations and fines. “Getting a company to help them throughout the year is way less expensive than leaving it to chance,” she said.

For Tarnovsky, the problem is that many restaurant owners assume such services will be too expensive. For $300-350 a month, her company provides a regular-size restaurant with a compliance team, providing monthly surprise inspections, in-house staff training sessions and an attorney to represent the restaurant in case of a hearing, she said.

Caridad Restaurant, where Diaz works, just had a re-inspection and its new grade is pending. 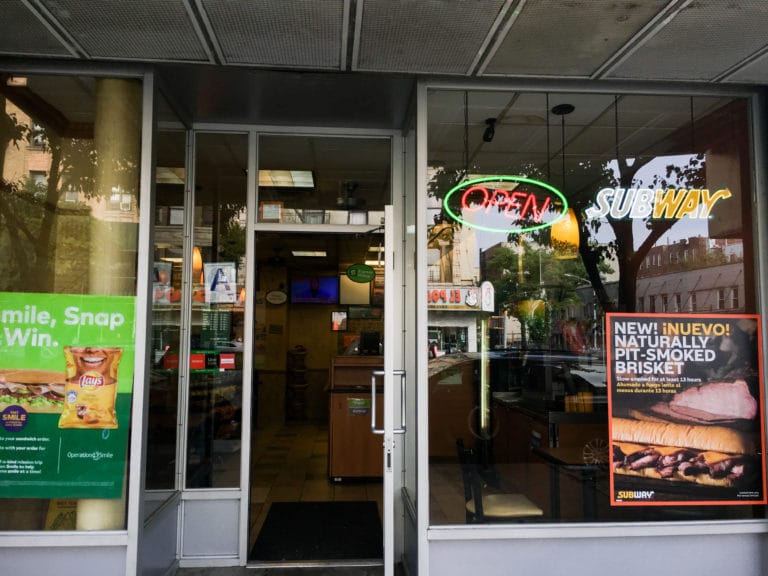 Subway now with a “A” hanging on its door

Munny Mosammaz, 48, supervisor of the Subway franchise at 1502 Saint Nicholas Avenue, feels less anxious as her restaurant’s grade rose from B to A. It got a B in May, she said, because the inspector did not meet the owner, who was getting cash at the bank. However, the official inspection report mentioned contaminated food.

Industry groups are lobbying for more lenient practices. “We would like to see more remediation periods,” said Kathleen Reilly, city government affairs coordinator at the New York State Restaurant Association.  The association is pushing the city to “try to limit or reduce, if not eliminate, fines,” she said. “Compliance is difficult.”

“We are committed to helping restaurants and food service operators achieve ‘A’ grades,” said Michael Lanza, a spokesperson at the Department of Health and Mental Hygiene. Lanza mentioned the department’s many resources for restaurant owners including “inspection history reports that identify a restaurant’s repeat problems and the steps needed to correct them, consultative inspections and a biannual e-newsletter filled with food safety guidance and regulatory updates.”

The department also said its inspectors ask restaurant owners if they’re comfortable with inspections in English; if not, inspectors have access to a language translation line.

Some restaurant owners don’t worry about their grades. “People don’t give a shit about the rating,” said Bueno. 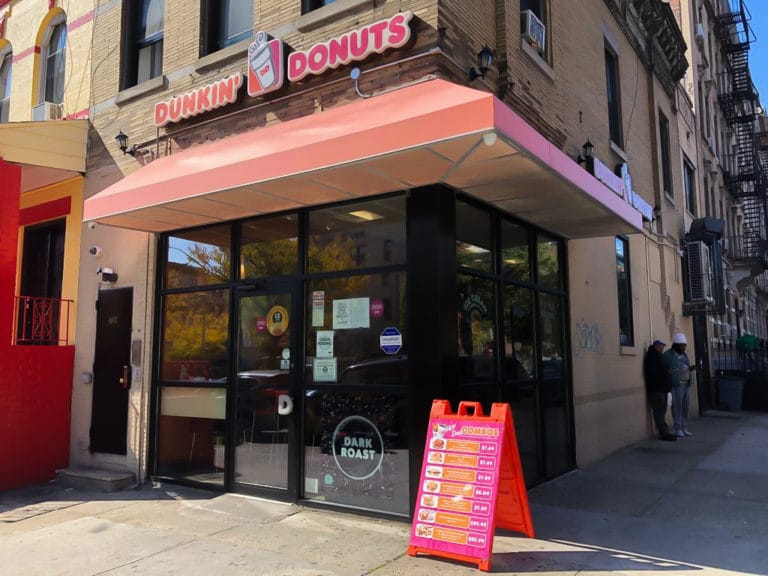 Dunkin’ on Audubon Avenue with a “Grade Pending” sign. (Photo by Astrid Landon)

By Xiaofei Xu and Astrid Landon – See it in Uptowner